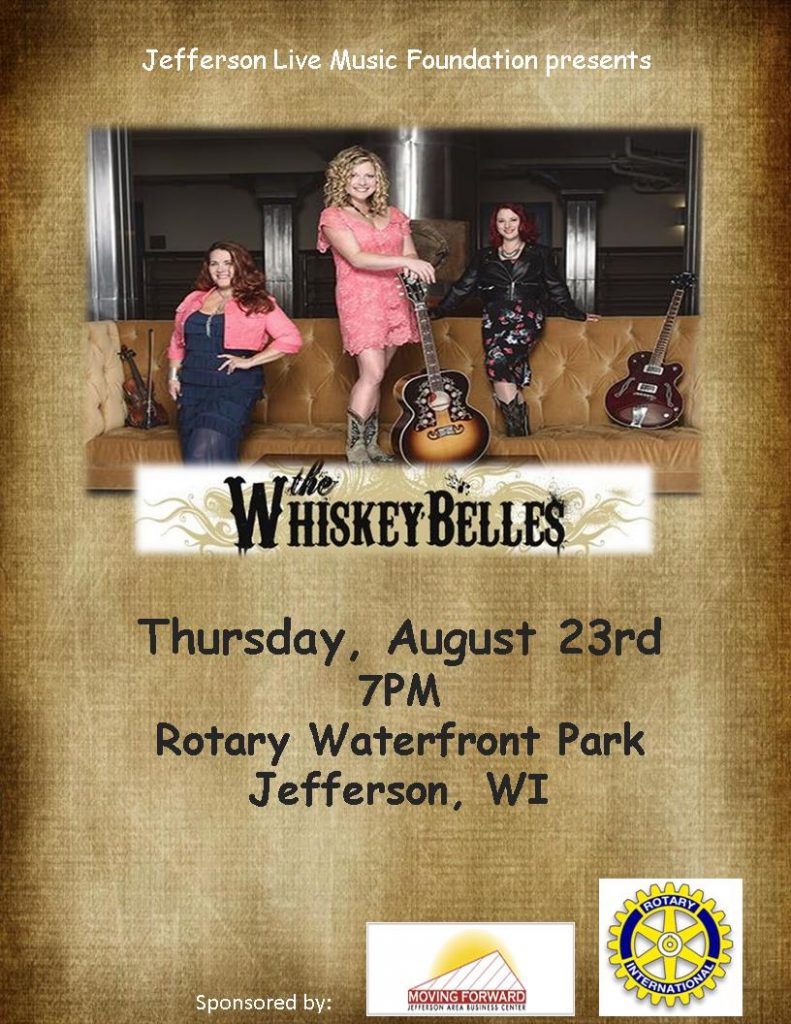 On Thursday, August 23rd at 7PM the Jefferson Live Music Foundation will present its second to last free concert of the 2018 season
featuring Whiskey Belles at Rotary Waterfront Park in downtown Jefferson.

Sponsored by
Jefferson Area Business Center and the Jefferson Rotary Club, this concert will feature the all-female traditional country and Americana trio from Milwaukee, Whiskey Belles.  The music performed by the Belles features their unique take on classic and obscure vintage-country, Americana and folk-revival, with their originals sprinkled in.  They have opened for country stars such as Montgomery Gentry, The Lost Trailers and Cadillac Three.  This free concert presented by the Jefferson Live Music Foundation to be held at the beautiful Rotary Waterfront Park located along the Rock River in downtown Jefferson.

Food and beverages will be available for purchase.  This week PATH will be benefiting from the sales in the concession stand and the Jefferson Rotary Club will benefit from the beer sales.  Staff members from the Jefferson School District will be manning the grill all summer long.  Stop down and show them your support!

Be the first to leave a reply

There are no upcoming events.