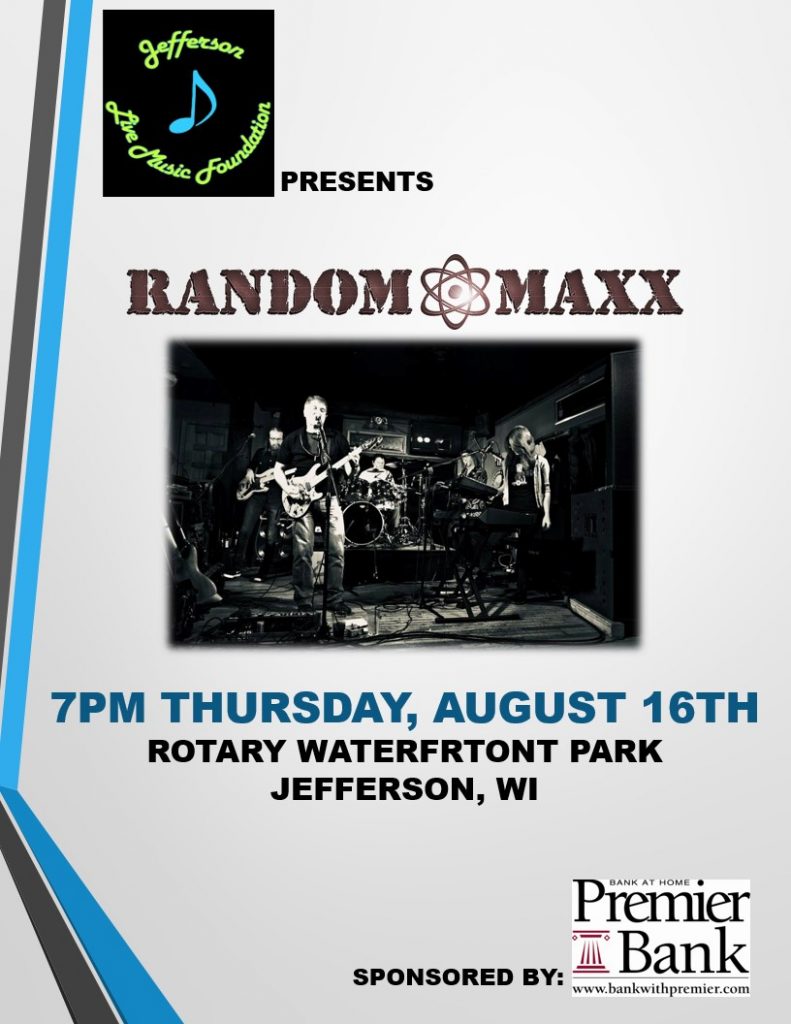 On Thursday, Aug 16th at 7PM the Jefferson Live Music Foundation will present one of the 2018 Concerts at Rotary Park season free concerts featuring
Random Maxx at Rotary Waterfront Park in downtown Jefferson.

Standard rock band, Random Maxx is a 12-time performer at Summerfest and have played all over Wisconsin and the surrounding area. Random Maxx was voted Milwaukee’s Best Cover Band of 2012 and have been a nominee of five WAMI awards. They are known for big guitars, big harmonies and big hooks.  This free concert presented by the Jefferson Live Music Foundation to be held at the beautiful Rotary Waterfront Park located along the Rock River in downtown Jefferson.

Food and beverages will be available for purchase.  This week the Jefferson Optimist Club will be benefiting from the sales in concessions and Council for the Performing Arts will benefit from beverage sales.  Staff members from the Jefferson School District will be manning the grill all summer long.  Stop down and show them your support!

Be the first to leave a reply

There are no upcoming events.